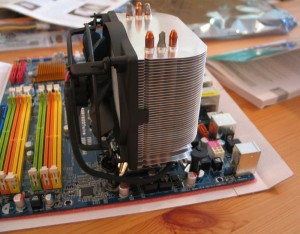 Building your own PC is as rewarding as ever. Fortunately, it still makes plenty of sense, too.

It’s true that you can’t beat the convenience of today’s retail PCs. As consumer interest shifts to laptops and cell phones, desktop PC sales still carve out a substantial niche in the market. On paper, they look pretty good. These days, they’re fully specified with quad-core CPUs, 6GB of DDR3 RAM, and large hard drives. Many of the lower-end models come with free PCIe slots, at least the ones in regular tower cases.

In theory, a gamer could go with a $600 Gateway, Dell, or HP configuration, and then add a better video card. That would be a perfectly fine PC for most folks. Even for gaming, it would work for a while, providing you kept the extra video card to a shorter, lower-end model that fits inside the case, and that isn’t too demanding on the PSU.

But there are also pitfalls to this approach. In years past, PC enthusiasts decried retail PCs, saying that a custom-built model is significantly cheaper and performs better. The first point is no longer true; economies of scale have made it difficult to save money when building a PC on your own. But the latter still holds.

There will always be a place for boutique PC builders that can put together killer, high-end gaming PCs. And laptop buyers have no other choice anyway. But in mid-2010, there are lots of reasons why it’s still best to build your own PC. What follows are eight of ours. Have more of your own? Leave them in the comments.