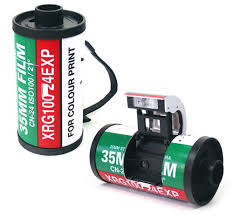 A jamming device that looks like a mobile phone has gone on sale via an electronics supplier in the UK. The jammer – which would be illegal in Australia – blocks signals in a range of up to 15m in optimum conditions and is being promoted for clandestine use on public transport and restaurants.

The banning of these devices in Australia (and many other countries) reflects the fact that telecommunications would be interfered with and public safety put at risk from their widespread use.

Despite the idea having a certain selfish attraction in some situations – a bit like atraffic light changer – the legislation banning jamming devices was passed in 1999.

More recently, a report by the Australian Communications Authority (ACA) into the legal implications of trialing such devices in prisons found that even this would not be feasible under the current, complex legal situation – “the ACA considers that the disadvantages of allowing the use of mobile phone jammers appear to outweigh the advantages- The ACA does not support the introduction of mobile phone jammers because they: interfere with licensed radiocommunications; disrupt telecommunications networks; and raise serious safety of life issues.”