Mobilize asks us to consider what electromagnetic radiation might do to kids growing up with devices. (Photo via Mobilize)

We all have a sneaking suspicion that our cell phones are bad for us. You hear it every day: they erode our attention span and keep us connected to social media when we should be paying attention to the people right in front of our eyes. But what if cell phones are actually physically bad for us?

Mobilize, an upcoming documentary from filmmaker Kevin Kunze, is the first feature-length documentary to examine the possibly harmful effects of cell phone radiation. The production value is shoddy at best — Mr. Kunze started the film as a student, and paid the production costs himself — but the film is dense with professors and researchers who testify that the effects of cell phone radiation on the human brain are very real.

The film zeroes in on a specific phenomenon — the effects of the radiation in cell phones when they are held against the side of your head. Cell phones emit a small amount of electromagnetic radiation when they transmit a signal, and the film asks whether or not that radiation has any effect on the human brain, the most sensitive area cell phones come in contact with.

As the film shows, most cell phone manufacturers include ass-covering disclaimers in their phone manuals, suggesting you keep your phone about an inch away from your face — an absurd request for someone who needed to, say, make a phone call. The radiation is real, but unlike health risks from tobacco, certain medicines, or cars, the warning has been relegated to fine print in small books that almost no one reads. 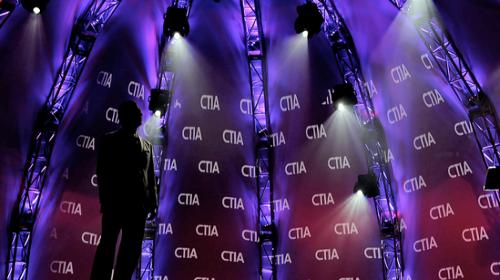 The FCC regulates both cell phone radiation and the media, and is heavily influenced by the cell phone industry’s powerful lobbying group. (Photo via Mobilize)

The biggest trouble with getting accurate research, Mr. Kunze said, is a tale as old as time in politics: lobbying money. For every independent research report that says there’s a tie between cell phone radiation and brain tumors, there’s an industry-sponsored report to refute it.

Additionally, The Wireless Association (CTIA) has a tight grip on the FCC, which regulates both the media and cell phone radiation. When lawmakers in California tried to increase the visibility of radiation warning labels, the CTIA withdrew their annual convention from San Francisco and brought in executives from the top cell phone companies to block the legislation.

The film makes multiple allusions to the lobbying playbook of the tobacco industry when it first started to become clear that cigarettes are unhealthy, but Mr. Kunze doesn’t see tobacco as the best analogy.

“I think the better comparison is cars, which are another part of everyday life” he said. “It was years before we put in airbags and seatbelts, because we were blaming drivers for getting t-boned instead of focusing on what the industry could do.”

But plenty of people died in car accidents before that happened. When it comes to cell phones, it appears that we’re doing alright so far. After all, we haven’t seen incredible spikes in the number of brain tumors to correlate with the sudden ever-presence of cell phones.

The issue, Mr. Kunze says, is the threat to young kids. No generation before this one will have had cell phones since infancy, and developing brains are much more susceptible to electromagnetic radiation. 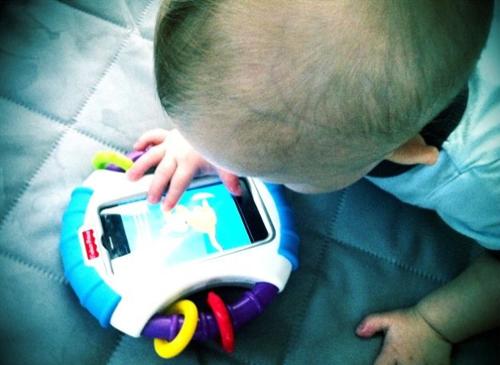 Children born in the past few years will be the first generation with lifelong exposure to cell phone radiation. (Photo via Mobilize)

Mr. Kunze has been embedded in researching the issue for years, but when you speak to him, his claims often sound conspiratorial. He believes that suspicion around cell phone radiation has factored into the reasoning behind Facebook’s reluctance to get into the phone business, or why President Obama’s daughters don’t have phones (in fact, Malia has had one for years).

There are parts of the film where this over-reaching leads toward tinfoil hat territory. One clip shows Virgin founder Richard Branson saying that he uses a headset because he’d rather keep dangerous cell phones away from his body and face. Mobilize points out that he later went on to establish Virgin Mobile and now does cell phone commercials, and begs the question: What does Richard Branson know that we don’t?

Probably nothing. The more likely explanation is that in the early clip, filmed off-the-cuff in the back of a limo half a decade ago, caught him in a moment of speculation. It’s not clear that it’s ever something Mr. Branson cared very deeply about, or that he’s got some secret knowledge we’re not in on.

But to Mr. Kunze’s point, the problem is that nobody has anything approaching a definitive conclusion. As long as lobbying money is more powerful than our willingness to seriously look at the devices up in our pockets, we will continue to not know and make cynical jokes that our cell phones are killing us, instead of very seriously asking if they are.